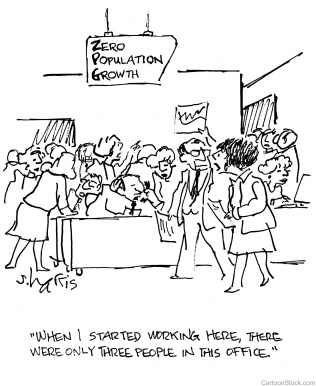 We’ve been there before.   Gloom and doom predictions of explosive population growth.  And while estimates have been greatly toned down from those from the 1960’s and 1970’s, there are still dire warnings out there.  But what if there is an extreme alternative veiw to Garrett Hardin’s tragedy of the commons?  A radical new proposal is out, and depending on your point of view, the reason for it may or may not surprise you.

Future Demographics–A new book takes issue with UN projections of massive population growth in the coming decades.  According to Canadian journalist John Ibbitson and political scientist Darrell Bricker  in their new book, Empty Planet, world population will stabilize and start to decline in 30 years.  They also say that once the decline starts, it won’t stop.  Seems to me they are substituting one linear scenario for another, though.  If things shift once, they can shift again.

Future Driving/Autonomous Vehicles–With all the hype, you’d think our streets will be bustling with self-driving cars within the next couple of years–if not a few months.  Not so fast, says Tom Krisher, writing for the Associated Press.   He cites five sticking points, not the least of which is consumer acceptance.

–If the above isn’t discouraging enough, a University of California professor has a warning.  Self-driving cars might actually make traffic worse, rather than better, if they are not managed properly. 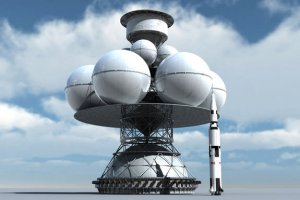 Artists conception of a generation starship next to a Saturn V rocket. Credit: Adrian Mann

Space exploration/colonization–How big would a generation starship need to be to support human survival for hundreds or even thousands of years?   Hint:  according to a new study reported on by Universe Today, it would make the Saturn V that launched astronauts to the moon look like a Mini Cooper.

–Meanwhile, Jeff Bezos and Elon Musk keep up their relentless charge toward the final frontier.  Musk’s ambitious plan to send space tourists around the moon by 2023 was also reported on by Universe Today,  while Space.Com focused on Bezos’s vision for reusable spacecraft.

Biotechnology–CRISPR genetic editing may have come a step closer to becoming the reliable “DNA word processor” it has been hyped to be.  Researchers at  UC Berkeley–one of the pioneering institutions in CRISPR–have identified a new protein that may render the technique safe enough for human experimentation.

–While not initially focused on radical rejuvenation therapy, a $100 million Longevity Vision Fund has been launched to spur aging research.  The enterprise is the brainchild of Sergey Young, who in turn cites the inspiration of Peter Diamandis.  Look for more on the related subject from next month’s Undoing Aging conference in Berlin, Germany.

Coming next to the Seeking Delphi™ podcast–Your Personal Future, with Verne Wheelright and a preview of the 2019 Undoing Aging conference with Aubrey de Grey.