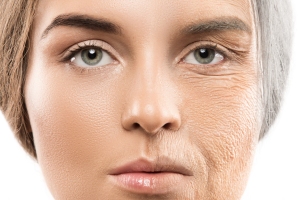 “As far as I’m concerned, aging is humanity’s worst problem, by some serious distance.”–Aubrey de Grey

Keith Comito, president of Life Extension Advocacy Foundation, joins me for a discussion to preview the 2020 Eding Age Related Diseases conference, to be held online, August 20-21, 2020.  Go HERE to register for the conference, and use discount code SeekingDelphiEARD 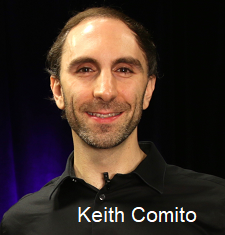 “Your future self is watching right now through your memories.”–Aubrey de Grey

The newly released volume, After Shock, features 50 of the world’s most renowned futurists reflecting on the 50-year legacy of Alvin Toffler’s Future Shock, and looking ahead to the next 50 years.  Seven of the contributors have been guests on Seeking Delphi™  This is the  sixth in a series of repeats of these podcasts, which will lead up to panel discussion with some of the authors, on the book and the Toffler legacy.

Aubrey de Grey is co-founder and chief science officer of the SENS foundation, and a leader in the global research effort to end aging.  This program from 2017 was the first of four appearances for Aubrey on Seeking Delphi.™  All of his previous programs are linked below this first one.

The day I read Future Shock, just a couple of years after it came out, was the day that started me on the course to becoming a futurist.  Here’s what I wrote on this blog when Toffler died in July of 2016.

“For me, the key to longevity – and immortality, in a sense – has to do with transformation.”–Marilyn Manson

Is transformation the key to immortality?  A better question is: will radical life extension–the end of aging–in itself be transformative?  I believe the answer to that second question is a resounding yes.

In this special Seeking Delphi™ podcast, four of the world’s biggest thought leaders and advocates for ending aging discuss implications and issues involved in achieving human rejuvenation therapy, and begin the discussion of what a post-ageing world might look like.  We only scratched the very surface on the latter issues–there will be more to come on the subject.

“A long life is a life well spent.”–Leonardo da Vinci

“The secret to longevity is to keep breathing.”–Sophie Tucker

Join me with Aubrey de Grey of the SENS Foundation, Liz Parrish of Biovivia Sciences, David Wood of the London Futurists, and co-moderator Keith Comito of The Life Extension Advocacy Foundation, for an online panel to discuss the social implications of radical longevity extension. “The Dawn of Super-Longevity: Scenarios for a Post-Aging Future.” Thursday January 9 12PM-1:30PM EST. (AM PST, 17:00 GMT) Be early…limited to 100 total participants. https://zoom.us/j/761843875

Will also be streaming on the Seeking Delphi™ YouTube channel.