“Hard work never killed anybody, but why take a chance?”–Edgar Bergen 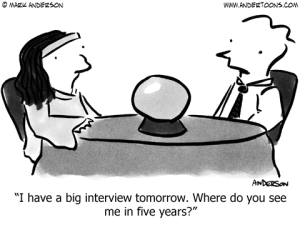 The future of work is a very “now” debate.  While many see an A.I. job-killing armageddon over the next 10-20 years, others are more sanguine.  This week’s stories include some new published points of view that lean to the more optimistic side.

Automation/Future of Work–Worried about losing your job to A.I, robotics, or some such form of automation?  According to this report in Next Big Future, the 2020’s AND 2030’S could see a tech-driven economic boom.   Maybe it won’t be so bad.

–Boom or no, technology is bound to kill at least some jobs.  Two technology authors, reporting in Forbes, discuss the job opportunities in the era of man/machine interface.

—To the above end, a Stanford scholar says that artificial intelligence will both disrupt and benefit workplace. 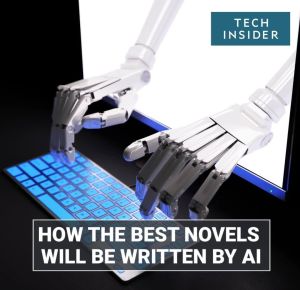 —Artificial Intelligence–Read any good novels lately?  According to one computer scientist, artificial intelligence may be writing them within ten years.

—Hackernoon explains the how and why of using A.I. to make better predictions.  Uh oh, I hope futurists won’t be rendered obsolete!

—DARPA aims to help keep the current U.S. lead in development of A.I.  They’ve initiated an excelerated program to award $1-million breakthrough development grants within three months of proposal submission, with an aim towards providing results within 18 months of award.

—A report from QY Research forecasts exponential growth in the market for A.I. software over the next few years.  They project the annual global market value to grow to $78 billion by 2025,  up from $2.65 billion in 2017.

Future Energy–A recent technology breakthrough could triple the output of solar cells.  Researchs in the UK have come up with a method to increase capture efficiency from 20% to 60%.

Space Exploration–Speaking of government research grants, NASA is in the game, too.  They’ve awarded $100,000 to five private enterprises competing to design a Mars habitat.

—NASA has named a class of 9 astronauts to fly the first commercially built manned spacecrafts. Their partnerships with Boeing and SpaceX hope to yeild the first mission before the end of next year.

—A new NASA report suggests it is impossible to terraform Mars.  Well, at least impossible using today’s technology.  Elon Musk isn’t buying it, and neither am I.  What about tomorrow’s technology?  What a bout Clarke’s first law?  “When a distinguished but elderly scientist states that something is possible, he is almost certainly right. When he states that something is impossible, he is very probably wrong.”

Coming Soon–The next Seeking Delphi™ podcast will feature and interview with Jerome Glenn, co-founder and executive director of The Millennium Project, on their most recent edition of The State of The Future.