“Space in general gave us GPS – that’s not specifically NASA, but its investments in space.”–
Neil DeGrasse Tyson 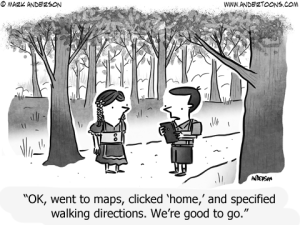 Maybe NDT is right–NASA didn’t directly give us GPS as in Global Positioning System.  But they are going to directly give us–or at least their astronauts–GPS as in Galactic Positioning System.  What that portends for the ratings for Lost in Space  is beyond the foresight of this blog.  But hey, the plausibility of that series was already next to zero.

Danger Will Robinson, ratings in jeopardy.

NASA/Space–Lost In Space  may now be an obsolete concept.  NASA has unveiled plans for a galactic positioning system that uses x-rays emitted from pulsars.

–The exo-planet exploration baton has been passed from Kepler to TESS.  The newest planet-finding telescope was successfully launched on the back of a SpaceX Falcon 9 rocket.

–As a reminder that technologies, as well as people, are increasingly interconnected, NASA will employ 3D printing to produce over 100 parts of its next generation Orion Space Capsule.  The first manned launch of the vehicle is slated for sometime in the early 2020’s.

Automotive Future–The Verge reports that self-driving vehicles are poised to creat an $800 billion market by 2030 and a staggering $7 trillion by 2050.  Handling the data is key, and Telsa and Waymo are leading the pack.

–Almost on cue with the above, Toyota announced plans to deploy chips, by 2021, that will enable cars to communicate with each other.  The technology has implications for safety in conventional vehicles, and is a flat out necessity for massive autonomous vehicle rollout.

–Even as Uber is still reeling from its first self-driving car fatality in Arizona, competition is heating up on the other side of the globe.  Ola, a major Uber rival in Asia, announced plans to deploy 10,000 electric vehicles within the next year.-

CRISPR/genetic editing–To date, 86 human patients in China have been treated with CRISPR/Cas9 edited cells to help fight cancer and HIV.

–Even as lower regulatory hurdles have been a boon to rapid deployment of human tests in China, Europe has approved its first CRISPR trial for patients with a devastating blood disorder.

Here’s a very brief video with a very basic explanation of what CRISPR does.