“‘Far out in the uncharted backwaters of the unfashionable end of the western spiral arm of the Galaxy lies a small unregarded yellow sun.”–Douglas Adams 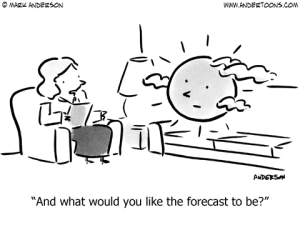 If Douglas Adams were still alive today, he might be pleased to find that little yellow sun getting more and more regard every year.  Solar industry jobs grew at a rate 12 times faster than that of overall economy in 2016.  Solar panel installer was the single fastest growing job description in the U.S. between 2012 and 2016.  More respect for the sun, please.

Clean/ renewable energy– According to a report in Business Insider, findings by the Global Alliance of Solar Energy Research Institutes suggest that improved solar cell efficiency  and cheaper storage batteries will allow solar to surpass traditional fossil fuel production in cost-effectiveness by 2020.  Further, the report states that the entire electrical grid, as it now stands, may become obsolete by 2030 due to widespread localized production.

Biotech–A 24-year old doctoral student from Oxford University has created a prototype for an artificial retina.  It is thought to potentially be an improvement over the artificial retina that was approved by the US Food and Drug Administration in 2013.  It represents the first use of synthetic tissue and is seen as possibly revolutionizing the bionic implant industry.

Jeff Boeke, one of the lead scientists in the Human Genome Project-Write (GP-Write), thinks that human genes will be able to be created synthetically within 4-5 years.  Boeke, who is director of the Institute for Systems Genetics at New York University, was speaking at a recent meeting of 250 genomics researchers and bioethicists  in New York.

Flying Cars–Toyota has entered the race to build flying cars.  They are backing a project called Skydrive,  which is developing a vehicle that can fly at 100kph (62mph) at a height of 33 feet.  They are hoping to commercialize it in time for the 2020 Tokyo Olympics.

Robotics–If your worried about losing your job to a robot, consider the problem Japan has.  Their shrinking workforce is forcing firms to replace workers with robots.  So reports Daily Mail.com.

Augmented Reality (AR)–Cirque de Soleil has partnered with Microsoft to use its Hololens augmented reality device to visualize stage setups and choreography.  The technology was unveiled onstage at the recent Microsoft Build developers conference.

A reminder that the Seeking Delphi™ podcast is available on iTunes and PlayerFM, and has a channel on YouTube.  You can also follow us on Facebook.