“Shoot for the moon.  You might get there.”–Buzz Aldrin

“Shoot for the moon.  If you miss you’ll end up in the stars.”–Artie Shaw

Moon/NASA/SpaceX–Can NASA make it back to a manned landing on the moon by their target date of 2024?  Elon Musk  wants to do them one better, claiming his SpaceX may make a cargo landing on the lunar surface by 2021 and follow that up with a manned mission in 2022.  Take that with a grain of salt,  along with all of Elon’s other projections.

–One thing NASA will likely need, if American astronauts will make it back to the moon by 2024, is an updated space suit.  The current model dates to 1977.

Sustainable energy/fusion–The world’s first fusion powered reactor cleared a key hurdle on the road to projected commercial fusion energy by 2025.  It seems as if Fusion power has been 10-20 years away for the last 40 years. We’ll see… 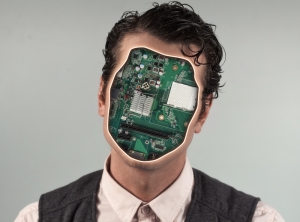 Transhumanism–British scientist James Lovelock is predicting that the world will be ruled by cyborgs in the year 2100.  Really?  The definition of cyborg, according to Dictionary.com, is a person whose physiological functioning is aided by or dependent on a mechanical or electronic device.  Based on the way most of us are welded to our smart phones, I’d say this has already happened.

Transport--Sorry Back to The Future fans, the hoverboard is still a work in progress.  Frenchman Franky Zapata failed in his attempt to fly a hoverboard of his own invention across the English Channle.  OK, who ever heard of a Frenchman named Franky? (video below)

Artificial Intelligence–A new study commissioned by the Association for Psychological Science has some bad news for companies, big and small, that are selling A.I. that detects human intelligence.  They say it can’t be trusted.

Aging/Longevity–Nucleotide synthesis–or lack thereof–has been identified as a key factor in cellular senescence.   A study by researchers at the University of South Carolina suggest that preventing cells from losing nucleotide synthesi–which creates the building blocks of DNA–could slow the aging process.

Computing/chip technology–IEEE has issued a new roadmap for device design and manufacturing.  A varitey of technologies are discussed in the document which lays out a path to one nanometer devices by 2033.

The latest Seeking Delphi™ podcast features a conversation with Matt Ward, host of The Disruptors.

“I would love to have a robot at home.”–Hugh Jackman

“I think I’d take a human butler over a robot one.”–Tom Felton

But right on cue with last weeks podcast #23, with robot psychiatrist Joanne Pransky, this week’s news is full up with robots.  (See a YouTube link to the Pransky interview at the bottom of this page).

Robots/Voice Assistants–A new survey by the Brookings institute finds that even while many Americans are OK with Alexa and Siri, 61% are uncomfortable with robots in the home.  The afore-mentioned Joanne Pransky takes issue with the survey’s methodology, even while she attempts to explain the problem.

—An AI-equipped robot named CIMON has been launched to join the international space station aboard the SpaceX Dragon Cargo Capsule.   It’s the first Ai-equipped machine ever to be launched into space.

—Honda has announced the retirement of their famed robot, ASIMO.  They’re shutting him (her? it?) down to focus their robotic technology on more practical uses such as elder care and disaster relief.

Cybersecurity—The future of security in the digital world might lie in the realm of a quantum random number generator.   According to IEEE Spectrum, it may be the only was to generate truly random numbers.

Energy– UK-based Tokamak Energy has heated plasma in a  to a record 15 million degrees Celsius (27 million Farenheit).  They say this could lead to commercial nuclear fusion by 2030.  Let me know if you see Bigfoot or a unicorn first.

Space/NASA–NASA has again delayed the launch of the James Webb Space Telescope, now scheduling the launch for 2021.  Cost overruns–bringing the total expenditure estimate to $9.7 billion–may threaten the continuation of the project.

Bioprinting/Biotechnology–3D printed implantable organs may be getting closer to reality. Tech crunch reports that a startup company in a San Francisco biotech incubator is leading the way.