“While technology is important, it’s what we do with it that truly matters.”–Muhammad Yunus 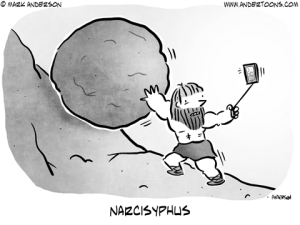 So what’s more important–technological breakthroughs or how we apply them?  The cloud is a technology;  blockchain is an application.

So where do the 10 breakthrough technologies that make up MIT Technology Review’s annual list for 2018 stand?  All over the place.  Many, if not all of them, might be described as either incremental improvements or advanced applications built on existing technologies.   Where is the line?  Tell me if you know.

Technology Breakthroughs–MIT Technology Review published its annual list of breakthrough technologies for 2018.  Not surprisingly, it’s chock full of digital and bio technologies.  Good list?  Somehow I feel there is more out there. 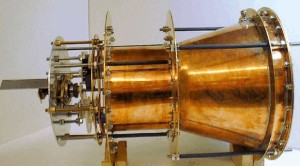 Space/propulsion systems–Talk about your breakthrough technology: China claims to have perfected the EM drive.  You might not see it on that MIT list anytime soon, though.  It will take more than talk to convince the mainstream scientific community, which views the concept as an impossible violation of one of Newton’s third law of motion.  It claims to create thrust without a propellant.

–NASA isn’t sold on the EM drive, at least not yet.  But they are considering reviving a decades old plan to use nuclear powered rockets in an effort to send manned craft to Mars by the 2030’s.

Energy/Transportation–BP is forecasting a peak in oil and gas demand by 2040. It sees the mass emergence of self-driving electric vehicles as the main cause.  Considering their vested interest, they may be ignoring the possibility of a more rapid drop off.

Space Commerce/Tourism–Hotel magnate Robert Bigelow, also  CEO of Bigelow Aerospace, has now formed a new enterprise, Bigelow Space.  One of his proposed projects is to launch an inflatable orbiting space hotel by 2021.  I’m just wondering what one would do up there, other than float around in microgravity.  Maybe binge watch episodes of the Lost In Space reboot?

Aerospace/Advanced Transportation–A Chinese team has announced the design of a hypersonic jet that could make the trip from Beijing to New York in as little as two hours.  If feasible, it could upstage the planned 2020 test flight of a new Lockheed jet which aims to make the trip in 7 hours.  There is no announced timetable for building and testing the Chinese craft.

Electric Vehicles–It might not be as sexy as a 6,000kph jet;  but Volkswagon has provided a teaser preview of its proposed 112mph, 400+ mile range electric vehicle.

Coming Attractions–Seeking Delphi,™ the podcast, will return in March, featuring interviews with Roberto Sacarro on social robotics, and Jerome Glenn, on The Millennium Project’s 19th State of the Future publication.  We’ll also feature some on the spot interviews from the Intelligen Future tracks at the 2018 SXSW conference from Austin, Texas.