“Artficial Intelligence will reach human levels by around 2029.”–Ray Kurzweil

“There is no reason and no way that a human mind can keep up with an artificial intelligence machine by 2035.”–Gray Scott

Make no mistake about it.  Artificial General Intelligence (AGI) is still a pipe dream.  Nobody is exactly sure how to create  it.  But that doesn’t seem to discourage technology inventors like Ray Kurzweil and techno-philosophers like Gray Scott from their certainty that someone eventually will.  I remain agnostic on the question; my role is to report on it, not to predict it.  Who knows, maybe in a few years an A.I. will be able to predict itself.  What comes first, the chicken or the A.I.?

Artificial Intelligence–Is Ray Kurzweil’s prediction of human level A.I. by 2029 realistic?  This evaluation of the global A.I. race, by The Lifeboat Foundation, suggests it is. 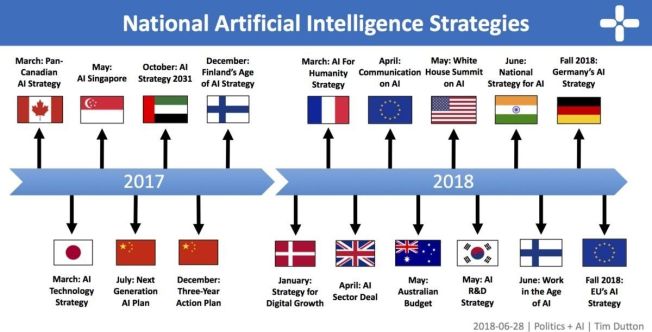 –The A.I. job apocalypse forecasts just keep on coming.  The latest to raise the red flag is hedge fund billionaire Ray Dalio.  Speaking on CNBC this week, he said that A.I., while increasing productivity, it is also exacerbating the wealth gap and has become a national emergency.

—According to The Economist, A.I. poses a unique threat of fake videos so realistic, that dead celebrities may essentially become immortal.   Elvis is alive and in the virtual building. 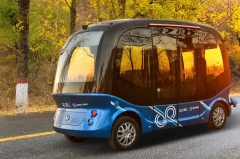 —Chinese conglomerate, Baidu, has announced a new artificial intelligence chip that it intends to use in a number of applications.  The first such use will be in autonomous buses to be launched in Japan next year.

—Researchers from UK firm, Wayve, have created a neural network A.I. that they claim can be taught to drive a car in 15-20 minutes.  Now if they could only train your teenager to avoid dinging the family sedan at the mall.

Biometrics–London’s trial of A.I. for facial recognition has been a complete bust.  Yet a 98% false positive I.D. rate has not deterred the enthusiasm of the city’s chief of police.

–In the meantime, Australia has launched its own facial scanning scheme.  It’s a trial to replace passports with facial recognition scans at the Sydney airport.  Let’s hope the accuracy is better than London’s. 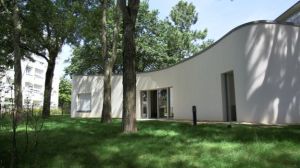 3D printed house–We’ve been hearing about 3D printed housing for some time now.  For the first time, a multi-room 3D-printed house has been occupied in France. It took 54 hours to print and its creators claim a construction cost savings of 20% versus conventional methods.

Space Exploration–Jeff Bezos’ Blue Origin has announced intentions to land astronauts on the moon by 2023.  It’s a first step to what they hope will be the establishment of a permanent manned base.

—Next Big Future reports that SpaceX is helping NASA stay out in front of China through 2030.  The key is getting their BFR off the ground several years sooner.

“I want to die on Mars; just not on impact.”–Elon Musk 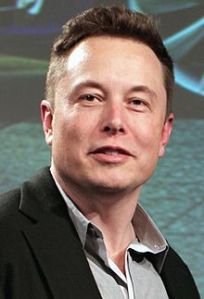 No. Really.  This is The Future This Week.  It only seems like Elon Musk This Week.  Indeed, there is at least one twitter account dedicated exclusively to Elon Musk news.   If forced to make a prediction, I’d say there will be enough material for a 24/7 Elon Musk cable news channel by next year.  When it comes to inventing the future, nobody tops Elon.   Tesla, SpaceX, Solar City, Neuralink, Hyperloop One (OK, that last one isn’t his company, but hyperloop is his idea).  You get the idea.   He’s all over the place;  with some of this stuff he might actually be successful.  Like Babe Ruth, he may set a home run record but strike out a lot in the process.