“You affect the world by what you browse.”–Tim Berners-Lee

The Tim Berners-Lee quote above is a sort of digital version of “you are what you eat.”  Perhaps, today, we are what we browse.  But what we browse is of deep concern.  Can we keep it private? Can others, particularly government, abuse our rights and destroy our privacy with what they know about our lives online?  That’s just one of the technology issues in The Future This Week.

Digital Technology–World Wide Web inventor, Tim Berners-Lee, had some chilling words about his digital offspring on its 28th birthday.  Speaking at the South by Southwest conference in Austin, Texas, he warned the web is in peril due to three troublesome trends.  Privacy of personal data, in the wake of the Wikileaks revelation of massive CIA cyber-spying, fake news that spreads like wildfire, and unregulated political advertising.  I welcome a discussion on these issues in the comments section below.

Speaking at Google’s Cloud Next conference, Alphabet CEO Eric Schmidt predicted that big data will become so important that nations will fight over it. “He who has the data can do the analytics and algorithms,” he said.  You can see his full speech on the Business Insider link here.

Digital Entertainment–Several sources reported that Netflix is delving into interactive story telling that enables the viewer to chose from diverging story lines.  This would represent a kind of digital video version of the Chose-Your-Own-Adventure kid-lit novels that were popular in the 1980’s. Actors would film multiple variations of story lines and viewers would be allowed to chose the direction of the story at various points.  The first series may roll out later this year.

Renewable Energy–Those hydrogen fuel-cell-powered vehicles discussed in episode #3 of the Seeking Delphi™ podcast may be one step closer to reality.  New work revealed this week by the energy department’s Lawrence Berkeley Laboratory.  A big challenge is the extrication of  hydrogen from water., which, in itself, is an energy intensive undertaking.  The process Berkeley lab has been working on involves using special catalyst materials called photo-anodes to drive distillation of Hydrogen from water using sunlight.   Their scientists have identified 12 newphoto-anode substances in the past two years, more than doubling the previously known count.

Biotechnology–CRISPR gene editing pioneer, Jennifer Doudna, laid out her vision for the technology.  Speaking at the same South by Southwest conference that hosted Tim Berners-Lee, she focused primarily on the potential for eradicating genetic diseases.  Meanwhile, a Chinese team released results of the first CRISPR trials in healthy, viable embryos, reporting that they were able to correct genetic mutations in some of them.

Global Economy–A new report issued by The Brookings Institute projects a global increase in the middle class of 2.2 billion people by 2030.  The report also sees 88 per cent of this growth coming from Asia. 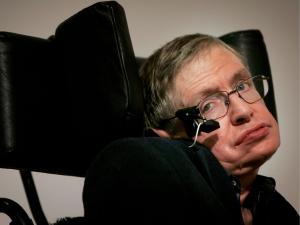 Existential Technology Risks–Almost on cue for the most recent Seeking Delphi  episode,  physicist Stephen Hawking warned that establishment of a global government may be the only way to keep our technologies from destroying us.  He acknowledged that a world government could become a problem in itself–particularly a tyrannical one–but stated strongly that we need a means to identify threats, and act quickly to counter them in a unified manner.